The Scholar: A Novel (A Cormac Reilly Mystery #2) (Paperback) 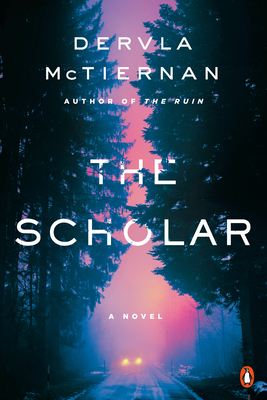 The Scholar: A Novel (A Cormac Reilly Mystery #2) (Paperback)

This is book number 2 in the A Cormac Reilly Mystery series.

From international #1 bestselling author of The Ruin and The Murder Rule comes a compulsive crime thriller set in the fiercely competitive, cutthroat world of research and academia, where the brightest minds will stop at nothing to succeed.

When Dr. Emma Sweeney stumbles across the victim of a hit-and-run outside Galway University early one morning, she calls her boyfriend, Detective Cormac Reilly, bringing him first to the scene of a murder that would otherwise never have been assigned to him. The dead girl is carrying an ID that will put this crime at the center of a scandal--her card identifies her as Carline Darcy, heir apparent to Darcy Therapeutics, Ireland's most successful pharmaceutical company. Darcy Therapeutics has a finger in every pie, from sponsoring university research facilities to funding political parties to philanthropy--it has even funded Emma's own ground-breaking research.

As the murder investigation twists in unexpected ways and Cormac's running of the case comes under scrutiny from the department and his colleagues, he is forced to question himself and the beliefs that he has long held as truths. Who really is Emma? And who is Carline Darcy?

A gripping and atmospheric follow-up to The Ruin, an "expertly plotted, complex web of secrets that refuse to stay hidden" (Karen Dionne, author of The Marsh King's Daughter), The Scholar is perfect for fans of Tana French and Flynn Berry.
Dervla McTiernan: International #1 bestseller Dervla McTiernan’s first two novels, The Rúin and The Scholar, were critically acclaimed around the world. Dervla has won multiple prizes, including a Ned Kelly Award, Davitt Awards, a Barry Award and an International Thriller Writers Award, and has been shortlisted for numerous others. Dervla’s third book, The Good Turn, went straight to #1 in the bestseller charts, confirming her place as one of Australia’s best and most popular crime writers. Her latest novel is The Murder Rule.
A Better Homes and Gardens "Best Books to Read This April"

"Tightly plotted, fast-paced read with enough twists to keep you guessing right to the end."
—Better Homes and Gardens

"There are shades of Ross Macdonald in McTiernan's sophomore novel: an austere patriarch, successive generations of a family manifesting the same flawed gene, a self-crippling lust for power, money, and status. . . . A complex, densely plotted murder investigation."
—The Irish Times

“Fans of Irish cop novels, like those by Adrian McKinty, will be happy to discover this up-and-coming author.”
—Booklist

“The complexities of the relationships within the [police] department, and the tensions between Reilly and Emma, are rich enough to carry the reader through this story and into the next one. McTiernan’s cautionary tale about money, prestige, and the secretive world of pharmaceutical research will resonate with many.”
—Publishers Weekly