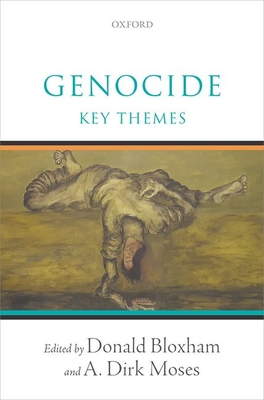 
Usually Ships in 2-5 Days
The growth of scholarship on the pressing problem of genocide shows no sign of abating. This volume takes stock of Genocide Studies in all its multi-disciplinary diversity by adopting a thematic rather than case-study approach. Each chapter is by an expert in the field and comprises an
up-to-date survey of emerging and established areas of enquiry while highlighting problems and making suggestions about avenues for future research. Each essay also has a select bibliography to facilitate further reading. Key themes include imperial violence and military contexts for genocide,
predicting, preventing, and prosecuting genocide, gender, ideology, the state, memory, transitional justice, and ecocide. The volume also scrutinises the concept of genocide - its elasticity, limits, and problems. It does not provide a definition of genocide but rather encourages the reader to think
critically about genocide as a conceptual and legal category concerned with identity-based violence against civilians.
Donald Bloxham, Richard Pares Professor of History, University of Edinburgh, A. Dirk Moses, Frank Porter Graham Distinguished Professor of Global Human Rights History, University of North Carolina Donald Bloxham is Richard Pares Professor of History at the University of Edinburgh. He was appointed to Edinburgh in 2002 having previously been a Leverhulme Special Research Fellow at the University of Southampton and Research Director at the charity the Holocaust Educational Trust. At Edinburghhe was promoted to a personal chair in modern history in 2007 and to the established Pares chair in 2011. He is the author of seven books and more than sixty journal articles and book chapters. He is a former winner of a Philip Leverhulme Prize and the Raphael Lemkin Award for Genocide Scholarship. A. Dirk Moses is Frank Porter Graham Distinguished Professor of Global Human Rights History at the University of North Carolina at Chapel Hill. From 2000 to 2010 and 2016 to 2020, he taught at the University of Sydney. Between 2011 and 2015, he held the Chair of Global and Colonial History at theEuropean University Institute, Florence. He is the senior editor of the Journal of Genocide Research.