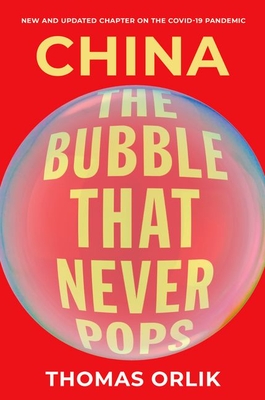 
Usually Ships in 2-5 Days
The Chinese economy appears destined for failure, the financial bubble forever in peril of popping, the real estate sector doomed to collapse, the factories fated for bankruptcy. Banks drowning in bad loans. An urban landscape littered with ghost towns of empty property. Industrial zones stalked by zombie firms. Trade tariffs blocking the path to global markets. And yet, against the odds and against expectations, growth continues, wealth rises, international influence expands. The coming collapse of China is always coming, never arriving. Thomas Orlik, a veteran of more than a decade in Beijing, turns the spotlight on China's fragile fundamentals, and resources for resilience. Drawing on discussions with Communist cadres, shadow bankers, and migrant workers, Orlik pieces together a unique perspective on China's past, present, and possible futures. From Deng Xiaoping's reform and opening to Donald Trump's trade war, Orlik traces the policy steps and missteps that have taken China to the brink of a Lehman moment credit crisis. Delving into the balance sheets for banks, corporates, and local governments, he plumbs the depths of financial risks. From Japan in 1989, to Korea in 1997, to the U.S. in 2007, he positions China in the context of a rolling series of global crisis. Mapping possible scenarios, Orlik games out what will happens if the bubble that never pops finally does. The magnitude of the shock to China and the world would be tremendous. For those in the West nervously watching China's rise as a geopolitical challenger, the alternative could be even less palatable.

Tom Orlik is Bloomberg's Chief Economist, based in Washington DC. Previously, Tom was the Chief Asia economist for Bloomberg and China economics correspondent for The Wall Street Journal, based in Beijing. Prior to a decade in China, he worked at the British Treasury, International Monetary Fund, and European Commission. He is the author of Understanding China's Economic Indicators (FT Press) and China: The Bubble that Never Pops (OUP).