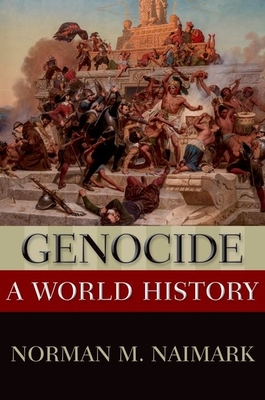 
Usually Ships in 2-5 Days
Genocide occurs in every time period and on every continent. Using the 1948 U.N. definition of genocide as its departure point, this book examines the main episodes in the history of genocide from the beginning of human history to the present. Norman M. Naimark lucidly shows that genocide both changes over time, depending on the character of major historical periods, and remains the same in many of its murderous dynamics. He examines cases of genocide as distinct episodes of mass violence, but also in historical connection with earlier episodes. Unlike much of the literature in genocide studies, Naimark argues that genocide can also involve the elimination of targeted social and political groups, providing an insightful analysis of communist and anti-communist genocide. He pays special attention to settler (sometimes colonial) genocide as a subject of major concern, illuminating how deeply the elimination of indigenous peoples, especially in Africa, South America, and North America, influenced recent historical developments. At the same time, the classic cases of genocide in the twentieth Century - the Armenian Genocide, the Holocaust, Rwanda, and Bosnia -- are discussed, together with recent episodes in Darfur and Congo.

Norman Naimark is Robert and Florence McDonnell Professor of East European Studies and Sakurako and William Fisher Director of the Stanford Global Studies Division at Stanford University. A Senior Fellow of the Hoover Institution and Freeman-Spogli Institute of International Studies, he has published several books, including Fires of Hatred: A History of Ethnic Cleansing in Modern Europe and Stalin's Genocides.