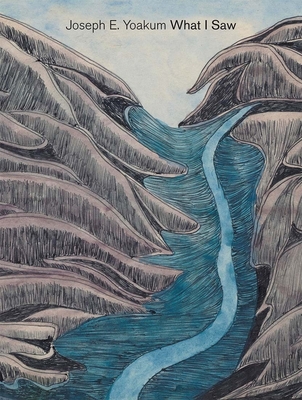 
Usually Ships in 2-5 Days
The extraordinary life of a captivating American artist, beautifully illustrated with his dreamlike drawings

Much of Joseph Elmer Yoakum’s story comes from the artist himself—and is almost too fantastic to believe. At a young age, Yoakum (1891–1972) traveled the globe with numerous circuses; he later served in a segregated noncombat regiment during World War I before settling in Chicago. There, inspired by a dream, he began his artistic career at age seventy-one, producing some two thousand drawings over a decade. How did Yoakum gain representation in major museum collections in Chicago and New York? What fueled his process, which he described as a “spiritual unfoldment”? This volume delves into the friendships Yoakum forged with the Chicago Imagists that secured his place in art history, explores the religious outlook that may have helped him cope with a racially fractured city, and examines his complicated relationship to African American and Native American identities. With hundreds of beautiful color reproductions of his dreamlike drawings, it offers the most comprehensive study of the artist’s work, illuminating his vivid and imaginative creativity and giving definition and dimension to his remarkable biography.
Mark Pascale is Janet and Craig Duchossois Curator of Prints and Drawings at the Art Institute of Chicago. Esther Adler is associate curator for the Department of Drawings and Prints at the Museum of Modern Art, New York. Édouard Kopp is John R. Eckel, Jr. Foundation Chief Curator for the Drawing Institute at the Menil Collection, Houston.