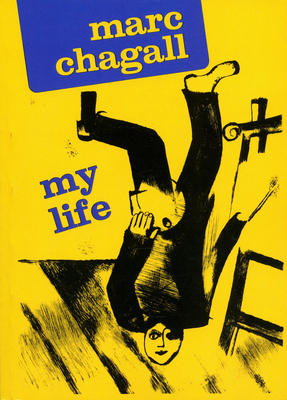 
Usually Ships in 2-5 Days
"It is unusual for a painter to display in writing what are recognizably the same characteristics that appear in his pictures, and this is what Chagall succeeds, most delightfully, in doing."--The Atlantic

My Life was written in Moscow in 1921-1922, when Chagall was thirty-five years old. Although long out-of-print, it remains one of the most extraordinarily inventive and beautifully told of all autobiographies. The text is accompanied by twenty plates which Chagall prepared especially to illustrate his life story. Together, the words and pictures paint an incomparable portrait of one of the greatest painters of this century, and of the now vanished milieu which inspired him.
Marc Chagall (1887-1985) was a Russian-French artist of Belarusian Jewish origin. An early modernist, he was associated with several major artistic styles and created works in virtually every artistic format, including painting, book illustrations, stained glass, stage sets, ceramic, tapestries and fine art prints.