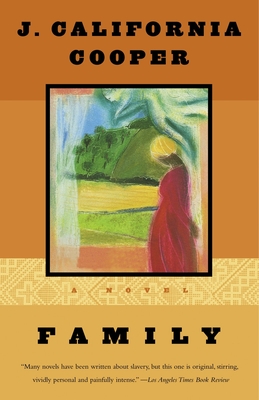 
Usually Ships in 2-5 Days
In this wise, beguiling, and beautiful novel set in the era of the Civil War, award-winning playwright and author J. California Cooper paints a haunting portrait of a woman named Always and four generations of her African-American family.
J. California Cooper is the author of several novels, including Some People, Some Places, and six collections of stories. She was honored as Black Playwright of the Year, and her work received the American Book Award, the James Baldwin Writing Award, and the Literary Lion Award from the American Library Association. She died in 2014.
"Many novels have been written about slavery, but this one is original, stirring, vividly personal and painfully intense." —Los Angeles Times

"The sort of book that ought to be read out loud. Both eerie and saddening, [and] filled with tragedies, it is also about survival. In its strong rhythms and colloquial expression, this book is a living woman's monologue." —The New York Times Book Review

"What most distinguishes Family . . . is the persistant affirmation of the power of the human spirit to do battle with evil—and to win, even if only for a while." —Chicago Tribune

“With power and grace, Cooper weaves the dialect, styles and myths of the South into a portrait of the hell that was slavery.... Masterful.”
—Publishers Weekly