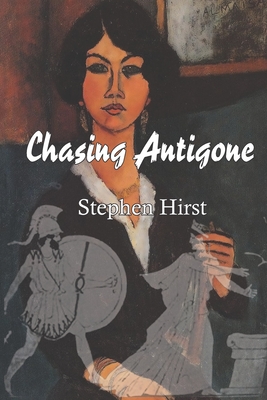 
On Our Shelves Now
The bombing of an atomic lab in Ohio and a mistaken killing in Southeast Asia set off this roller-coaster mystery set in the 1990s at the cusp of the Internet age. The ride begins when college instructor Graham Bell tries to connect with a wary salon worker calling herself Linda Chapman. Then the flirtation turns deadly when Chapman disappears and a SWAT team invades his house hunting Tori DaMantova, the Antigone bomber. Investigators stun Bell when they find DaMantova's fingerprints in his house.Bell uncovers information, however, that casts DaMantova in a different light and sets out to find her. One step ahead of her pursuers, the instructor tracks DaMantova across the country to land himself in the middle of an incident far bigger and more sinister than he could have imagined. What began as an attempt to find Tori DaMantova takes him into a menacing underworld after an elusive Eurydice.
Stephen Hirst distills his experience as a Peace Corps volunteer in Africa, student of international relations in Italy, and Soviet and East German Desk Officer in Washington to craft this high-wire tale of intrigue. Drawing on a lifelong relationship with the Havasupai people of Arizona's Grand Canyon he has also written the award-winning books I Am the Grand Canyon and Lauren Greasewater's War. His research and documentation on behalf of the Havasupai laid the groundwork for the historic enlargement of the Havasupai Reservation in 1975.