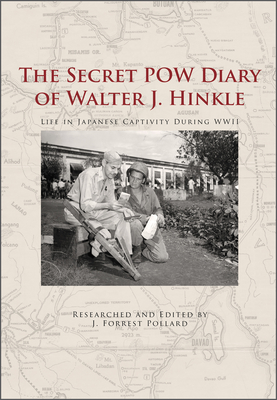 By J. Forrest Pollard (Other)


Usually Ships in 2-5 Days
Preserved within this book is the diary of Lieutenant Walter J. Hinkle. The diary begins in the spring of 1941 as he prepared for a new assignment in the Philippines. After Japan attacked the Philippines in early December, Hinkle was wounded and taken to a hospital for surgery. When the Philippines fell in May 1942, he became a prisoner of war at the Davao Penal Colony, where his wound refused to heal and his right leg was amputated below the knee. As a bed-ridden invalid, Hinkle wrote about his life as a prisoner of the Japanese. To prevent the growing diary from being confiscated by camp guards, Hinkle concealed it within a false compartment built into his wooden leg. His 136,000-word diary offers a rare and very personal account of one of the longest periods of Japanese military captivity experienced by any American during the Second World War. Hinkle's writings are supplemented by excerpts from several other diaries for context. These additional writers include a Japanese soldier, Filipino local, Bataan Death March survivor, and Davao Penal Colony escapee.