Beyond the Reach of Time and Change: Native American Reflections on the Frank A. Rinehart Photograph Collection (Sun Tracks #53) (Paperback) 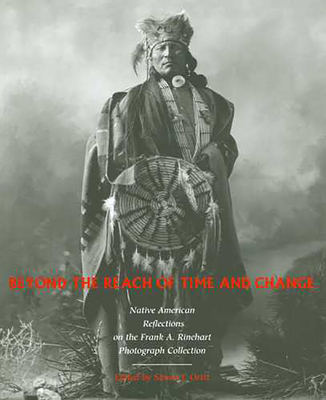 Beyond the Reach of Time and Change: Native American Reflections on the Frank A. Rinehart Photograph Collection (Sun Tracks #53) (Paperback)

This is book number 53 in the Sun Tracks series.

Around the turn of the twentieth century, most photographs of Indians pandered to shameless, insensitive stereotypes. In contrast, photographic portraits made by Frank A. Rinehart conveyed the dignity and pride of Native peoples. More than 545 Native Americans representing tribes from all over the country attended the Trans-Mississippi and International Exposition in Omaha in 1898 to be part of an event known as the Indian Congress. Rinehart, the exposition’s official photographer, and his assistant Adolph Muhr made more than 500 glass-plate negatives depicting Native Americans in their traditional dress, now housed at Haskell Indian Nations University and regarded as one of the best photographic documentations of Indian leaders from this era.

This book provides an unusual perspective on the Rinehart collection. It features one hundred outstanding images printed from the original negatives made by Rinehart and Muhr at the Congress and over the course of the next two years. It also includes 14 essays by modern Native American writers, artists, and educators—some of them descendants of the individuals photographed—reflecting on the place of these images in their heritage.

Beyond the Reach of Time and Change is not another coffee-table book of historical Indian photographs but rather a conversation between Indian people of a century ago and today. Just as the Rinehart collection offers today's Native Americans a unique connection to the past, this book offers all readers a positive understanding of continuity and endurance within the American Indian community.
Poet, fiction writer, essayist, and storyteller Simon Ortiz is a native of Acoma Pueblo and is the author of numerous books.
“An important perspective that should deepen and complicate our conversations about native history and identity.” —Montana: The Magazine of Western History