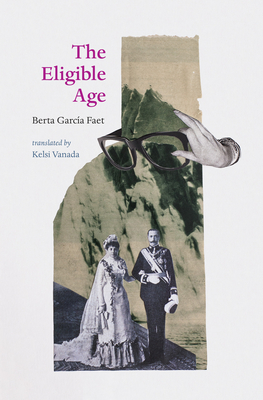 Poetry. Women's Studies. Translated by Kelsi Vanada. THE ELIGIBLE AGE is Kelsi Vanada's translation of poet Berta Garc -a Faet's La edad de merecer La Bella Varsovia, 2015]. The poetry in this outstanding bilingual edition doesn't shy from sentimentality and emotional charge. The poems employ formal and linguistic experimentation in the service of telling about the poet's coming-of-age as woman and writer in a world where roles for both are already defined--the title itself is a feminist critique of the idea that for a woman to be of an age to marry means that she begins to deserve certain things. By blending vocabulary from multiple academic realms with more diaristic revelations about her own emotions and sexuality, via descriptions of her body's changes through puberty and love letters to male and female lovers, Garc -a Faet affirms all language as the stuff of poetry. She refuses to obey conventions of syntax and punctuation, and invites readers into refreshingly candid statements like: i'm ashamed to admit it, but you won't find anyone in the world / who believes in love / with greater intensity greater faith greater fervor / than i. The intimacy of Vanada's and Garc -a Faet's artistic collaboration, and the sharing of a voice that now speaks in two languages, breaths vitality into the life of this new work. Parallel Spanish and English text.

THE ELIGIBLE AGE is one of the most significant books of the last few years, and Berta Garc -a Faet has become the most representative voice of her generation.--Unai Velasco, poet