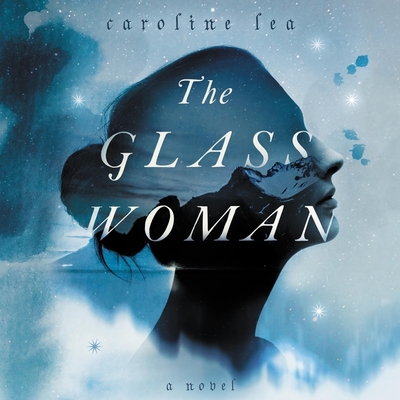 This is a disturbing and haunting tale that takes place in 1600s Iceland. Rosa, a young woman, leaves her village to marry a wealthy man, with the promise that his wealth will help her ailing mother. But, as it turns out, Rosa's husband is hiding secrets from her, and the stories about his dead first wife (and the rumors of her being a witch) ostrasize Rosa from her new neighbors. Overall, this is a great gothic romance, written in vein of Jane Eyre or Rebecca.

In the tradition of Jane Eyre and Rebecca--The Glass Woman by Caroline Lea in which a young woman follows her new husband to his remote home on the Icelandic coast in the 1680s, where she faces dark secrets surrounding the death of his first wife amidst a foreboding landscape and the superstitions of the local villagers.

"Gripped me in a cold fist. Beautiful." --Sara Collins, author of The Confessions of Frannie Langton

R sa has always dreamed of living a simple life alongside her Mamma in their remote village in Iceland, where she prays to the Christian God aloud during the day, whispering enchantments to the old gods alone at night. But after her father dies abruptly and her Mamma becomes ill, R sa marries herself off to a visiting trader in exchange for a dowry, despite rumors of mysterious circumstances surrounding his first wife's death.

R sa follows her new husband, J n, across the treacherous countryside to his remote home near the sea. There J n works the field during the day, expecting R sa to maintain their house in his absence with the deference of a good Christian wife. What R sa did not anticipate was the fierce loneliness she would feel in her new home, where J n forbids her from interacting with the locals in the nearby settlement and barely speaks to her himself.

Seclusion from the outside world isn't the only troubling aspect of her new life--R sa is also forbidden from going into J n's attic. When R sa begins to hear strange noises from upstairs, she turns to the local woman in an attempt to find solace. But the villager's words are even more troubling--confirming many of the rumors about J n's first wife, Anna, including that he buried her body alone in the middle of the night.

R sa's isolation begins to play tricks on her mind: What--or who--is in the attic? What happened to Anna? Was she mad, a witch, or just a victim of J n's ruthless nature? And when J n is brutally maimed in an accident a series of events are set in motion that will force R sa to choose between obedience and defiance--with her own survival and the safety of the ones she loves hanging in the balance.