Roadside Americans: The Rise and Fall of Hitchhiking in a Changing Nation (Hardcover) 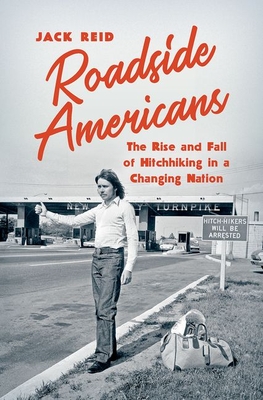 Roadside Americans: The Rise and Fall of Hitchhiking in a Changing Nation (Hardcover)


Usually Ships in 2-5 Days
Between the Great Depression and the mid-1970s, hitchhikers were a common sight for motorists, as American service members, students, and adventurers sought out the romance of the road in droves. Beats, hippies, feminists, and civil rights and antiwar activists saw "thumb tripping" as a vehicle for liberation, living out the counterculture's rejection of traditional values. Yet, by the time Ronald Reagan, a former hitchhiker himself, was in the White House, the youthful faces on the road chasing the ghost of Jack Kerouac were largely gone--along with sympathetic portrayals of the practice in state legislatures and the media.

In Roadside Americans, Jack Reid traces the rise and fall of hitchhiking, offering vivid accounts of life on the road and how the act of soliciting rides from strangers, and the attitude toward hitchhikers in American society, evolved over time in synch with broader economic, political, and cultural shifts. In doing so, Reid offers insight into significant changes in the United States amid the decline of liberalism and the rise of the Reagan Era.