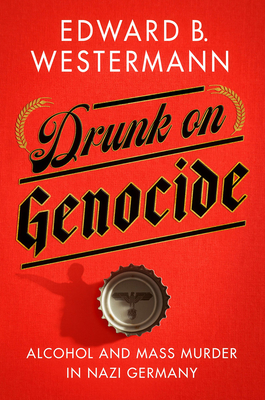 By Edward B. Westermann

In Drunk on Genocide, Edward B. Westermann reveals how, over the course of the Third Reich, scenes involving alcohol consumption and revelry among the SS and police became a routine part of rituals of humiliation in the camps, ghettos, and killing fields of Eastern Europe.

Westermann draws on a vast range of newly unearthed material to explore how alcohol consumption served as a literal and metaphorical lubricant for mass murder. It facilitated performative masculinity, expressly linked to physical or sexual violence. Such inebriated exhibitions extended from meetings of top Nazi officials to the rank and file, celebrating at the grave sites of their victims. Westermann argues that, contrary to the common misconception of the SS and police as stone-cold killers, they were, in fact, intoxicated with the act of murder itself.

Drunk on Genocide highlights the intersections of masculinity, drinking ritual, sexual violence, and mass murder to expose the role of alcohol and celebratory ritual in the Nazi genocide of European Jews. Its surprising and disturbing findings offer a new perspective on the mindset, motivation, and mentality of killers as they prepared for, and participated in, mass extermination.

Published in Association with the US Holocaust Memorial Museum.

Edward B. Westermann is Regents Professor of History at Texas A&M University--San Antonio, a Commissioner on the Texas Holocaust and Genocide Commission, and author, most recently, of Hitler's Ostkrieg and the Indian Wars.