Ecocide: Kill the Corporation Before It Kills Us (Paperback) 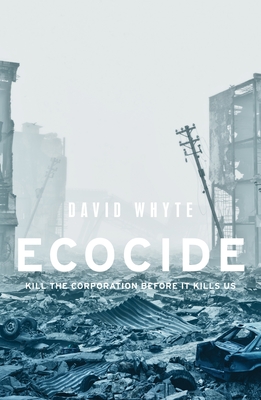 Ecocide: Kill the Corporation Before It Kills Us (Paperback)


Usually Ships in 2-5 Days
We have reached the point of no return. The existential threat of climate change is now a reality. The world has never been more vulnerable. Yet corporations are already planning a life beyond this point. The business models of fossil fuel giants factor in continued profitability in a scenario of a five-degree increase in global temperature. An increase that will kill millions, if not billions. This is the shocking reality laid bare in a new, hard-hitting book by David Whyte. Ecocide makes clear the problem won't be solved by tinkering around the edges, instead it maps out a plan to end the corporation's death-watch over us. This book will reveal how the corporation has risen to this position of near impunity, but also what we need to do to fix it.
David Whyte is Professor of Socio-legal Studies at the University of Liverpool