Joachim Peiper and the Nazi Atrocities of 1944 (Hardcover) 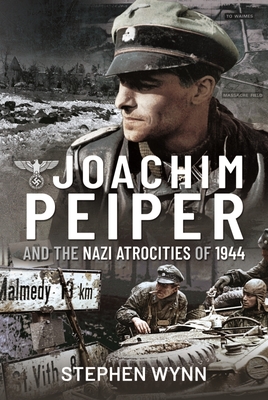 Joachim Peiper and the Nazi Atrocities of 1944 (Hardcover)


Email or call for price.
Joachim Peiper held the rank of Obersturmbannf hrer in Nazi Germany's fanatical Schutzstaffel, more commonly referred to as the SS. He spent the first two years of the war as an adjutant to the Reichsf hrer of the Schutzstaffel, and leading member of the Nazi Party, Heinrich Himmler, where he would have witnessed at first hand the construction and implementation of numerous SS policies, many of which would have been in relation to ethnic cleansing and the Holocaust.

In October 1941, having yearned for a chance at combat, he changed roles and became a commander in the Waffen-SS, although he still remained in regular contact with Himmler. As a member of the 1st SS Panzer Division Leibstandarte, he saw service in the Soviet Union, Italy and Belgium.

Peiper was never charged with the atrocities at Boves, but in 1946 he faced an American military tribunal for the Malmedy masssacre. Although found guilty and sentenced to death, his sentence was reduced to life imprisonment but he was eventually released in 1956.

In 1972, Peiper moved to the French village of Troves in north east France. On 14 July 1976, his home was attacked and set on fire. Overcome by smoke, he died in the flames.