The legends of King Arthur and his knights. By: James Knowles and Thomas Malory (Paperback) 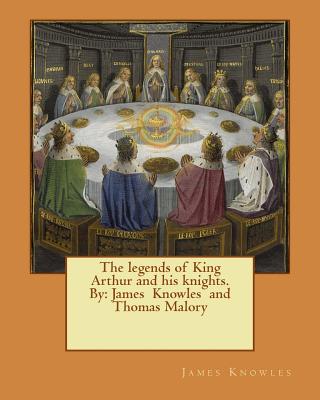 The legends of King Arthur and his knights. By: James Knowles and Thomas Malory (Paperback)


Usually Ships in 2-5 Days
King Arthur is a legendary British leader who, according to Medieval histories and romances, led the defense of Britain against Saxon invaders in the early sixth century. The details of Arthur's story are mainly composed of folklore and literary invention, and his historical existence is debated and disputed by modern historians. King Arthur himself to other characters, such as various Knights of the Round Table. Arthurian literature thrived during the Middle Ages but waned in the centuries that followed until it experienced a major resurgence in the 19th century. In the 21st century, the legend lives on, not only in literature but also in adaptations for theatre, film, television, comics and other media. The Sir James Knowles version of King Arthur is considered as the most accurate and well known original story of King Arthur and the Knights of the Round Table.