A Brief History of the Future: A Brave and Controversial Look at the Twenty-First Century (Paperback) 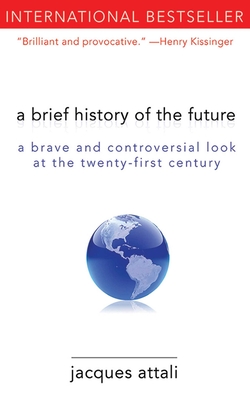 A Brief History of the Future: A Brave and Controversial Look at the Twenty-First Century (Paperback)


Email or call for price.
What will planet Earth be like in twenty years? At mid-century? In the year 2100? Prescient and convincing, this book is a must-read for anyone concerned about the future. Never has the world offered more promise for the future and been more fraught with dangers. Attali anticipates an unraveling of American hegemony as transnational corporations sever the ties linking free enterprise to democracy. World tensions will be primed for horrific warfare for resources and dominance. The ultimate question is: Will we leave our children and grandchildren a world that is not only viable but better, or in this nuclear world bequeath to them a planet that will be a living hell? Either way, he warns, the time to act is now.