The Hidden: A Novel (Hardcover) 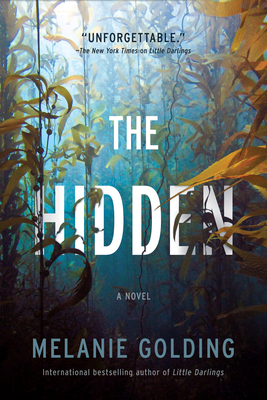 The Hidden: A Novel (Hardcover)

I love anything involving Selkie lore, but this book went way beyond my expectations. Chock full of twists, each one hinting at a darker secret than the last, I was left gasping with each reveal. I highly reccomend the audio book on Libro.fm for a full submersion in the tale.

One dark December night, in a small seaside town, a little girl is found abandoned. When her mother finally arrives, authorities release the pair, believing it to be an innocent case of a toddler running off.

Gregor, a seemingly single man, is found bludgeoned and left for dead in his apartment, but the discovery of children's toys raises more questions than answers.

Every night, Ruby gazes into Gregor’s apartment, leading to the discovery of his secret family: his unusually silent daughter and his mentally unstable wife, Constance, who insists that she is descended from the mythological Selkies. She begs Ruby to aid in finding the sealskin that Gregor has hidden from her, making it impossible to return to her people.

DS Joanna Harper's investigation into Gregor’s assault leads her to CCTV footage of the mother-daughter pair from town. Harper realizes she knows the woman almost as well as she knows herself: it's her estranged daughter, Ruby. No matter the depth of Ruby’s involvement, she knows she will choose her daughter over her career.

Steeped in local legend and exploring the depths of what it means to be a mother, Melanie Golding's newest novel is "a lyrical and atmospheric folktale for the modern age." (Bustle, on Little Darlings)
Melanie Golding is a graduate of the MA program in Creative Writing from Bath Spa University, with distinction. Her occupations have been varied including farmhand, factory worker, childminder, and music teacher. Throughout all of this, because and in spite of it, there was always the writing. In recent years she has won and been shortlisted in several local and national short story competitions. Her first novel, Little Darlings, has been optioned for screen for Free Range Films.
Praise for The Hidden:

“As dexterously shape-shifting as the legends it draws from.”
—Kirkus Reviews

"Intense and unflinching...irresistible to the last page."
—Foreword Reviews

“A beautifully original thriller. Melanie Golding injects lonely, mournful Celtic myth into a breathless tale of murder, desperation, and the nature of motherhood. The result is seamless, and utterly compelling.”
—Christopher Golden, New York Times bestselling author of Road of Bones and Ararat

"A dark, intense tale that sinks its teeth into the reader and won't let go."
—Camilla Sten, author of The Lost Village

“A lush, hypnotic page-turner that illuminates the beauty of Selkie mythology and the horror of real monsters. Dark, twisty, and absolutely chilling.”
—Rachel Harrison, author of The Return

“Wonderfully original, full of heart and often suspenseful and surprising, [The Hidden] breathes new life into the thriller genre with its mashup of crime and myth. Golding is a terrific talent who sweeps you off your feet and carries you away on her words. I can't wait to read more from her. I loved this.”
—C. J. Skuse, author of the Sweetpea mystery series

“The Hidden is a dark and captivating blend of folktale and thriller. Beautifully written with compelling characters, it grabs you from the very first page. Melanie Golding has crafted a  riveting story difficult to put down and impossible to forget.”
—Damien Angelica Walters, author of The Dead Girls Club

"A modern mythological thriller for those who miss Grimm Brothers fairy tales."
—Rea Frey, author of Secrets of Our House

Praise for Little Darlings:
"Unforgettable . . . One suspects that the real sorceress here is Golding, whose writing has given a voice to every wronged mother."
—The New York Times

"A lyrical and atmospheric folktale for the modern age, Little Darlings is a gorgeously crafted story that makes even the grimmest of subjects shine.”
—Bustle

“Golding beautifully blends the supernatural with the everyday, keeping readers riveted to the page as they question what is true."
—Booklist, starred review

"Haunting...Fans of psychological thrillers will look forward to Golding’s next novel."
―Publishers Weekly

"A psychological thriller with a suggestion of the supernatural."
—Library Journal

"More than enough fright, terror and suspense to satisfy even the most jaded reader of genre fiction."
—Bookreporter

"It'll make you question whether mother really does know best or if motherhood is truly the dream it's made out to be."
—Fangoria Magazine

“A twisty, chilling exploration of the dark side of motherhood, brilliantly told by a debut author whose skill is evident from the first page."
—Brad Parks, international bestselling author of The Last Act

“Destined to be the hit of 2019. The scariest book I have read in many years.”
―A. J. Banner, bestselling author of The Good Neighbor

“Deep. Dark. Utterly addictive. I read this extraordinary book in one breathless gulp."
—Teresa Driscoll, author of I Am Watching You

“A masterfully-told story and a beautiful and nuanced work of art.”
—Susan Crawford, author of The Pocket Wife

“A story that is in turn enthralling, creepy and downright sinister."
—Lisa Hall, author of Between You and Me

“Will continue to rattle you, long after you have put it down.”
—Felicity Everett, author of The People at Number

“Dark, richly evocative, tense and thought-provoking."
—Mel McGrath, author of Give Me the Child

"Viscerally creepy and compelling."
―Angela Clarke, author of Follow Me

"The psychological intensity of this novel is on par with the best."
―Katherine Forbes Riley, author of The Bobcat