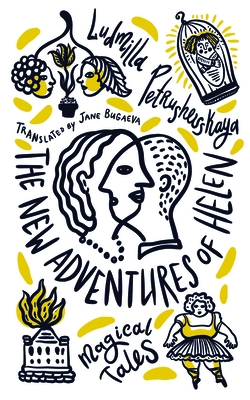 "One of Russia's best living writers . . . Her tales inhabit a borderline between this world and the next." --The New York Times

At first glance, the stories in The New Adventures of Helen seems simple, even child-like, but a deep reading reveals satire and darkness manifested through classic fairy tale tropes characteristically upended by Petrushevskaya. These "adult fairy tales" ask deep questions about gender, love, history, memory, and the future, taking place in times between history and the now. These stories, quirky but yet inspired by a confident hopefulness, will inspire and provoke English-speaking readers across the globe.

Ludmilla Petrushevskaya was born in 1938 in Moscow, where she still lives. She is the author of more than fifteen collections of prose, including the New York Times-bestseller There Once Lived a Woman Who Tried to Kill Her Neighbor's Baby: Scary Fairy Tales (2009), which won a World Fantasy Award and was one of New York Magazine's Ten Best Books of the Year and one of NPR's Five Best Works of Foreign Fiction, and There Once Lived a Girl Who Seduced Her Sister's Husband and He Hanged Himself: Love Stories (2013). A singular force in modern Russian fiction, she is also a playwright whose work has been staged by leading theater companies all over the world. In 2002 she received Russia's most prestigious prize, the Triumph, for lifetime achievement.