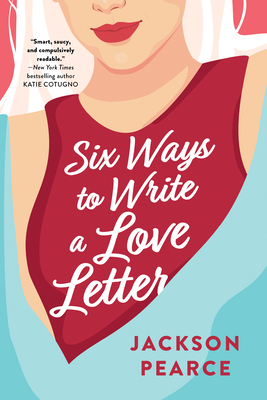 Beloved author Jackson Pearce brings her trademark humor and emotion to a compelling and hopelessly romantic story about how impossible fame and love can be on their own, much less together.

Maybe everything they say about Vivi Swan is true.

Maybe America's Sweetheart is all fluff and no substance.

And maybe every guy she dates is fodder for her next breakup song.

But session drummer Remy Young doesn't care. Touring with Vivi Swan means more money than he and his brother could ever earn on their own. And he's smart enough to keep himself away from drama.

Then a bus mix-up forces Remy and Vivi to spend hours together, and he's surprised to discover that she's nothing like the rumors said. When she asks for his help writing her next song, he's immediately on board—for professional reasons, of course.

Soon, it's clear that every variation of their song is just a different way to write a love letter, even as Remy wonders if he's setting himself up to be the next guy on her list of exes. And when Vivi's private life and public facade finally clash, a celebrity gossip blog threatens everything they've created together…

Jackson Pearce is an unapologetic lover of pop music, an avid gossip-site reader, and a frequent watcher/rewatcher/binge-watcher of romantic comedies. She lives in Atlanta, Georgia, where she has been involved in music and arts education for high schoolers for over a decade.