Sunk Without a Sound: The Tragic Colorado River Honeymoon of Glen and Bessie Hyde (Paperback) 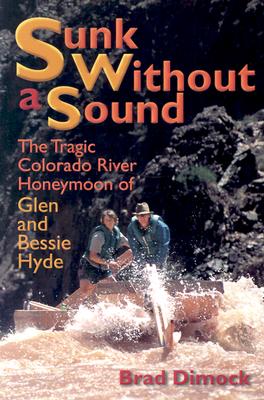 Sunk Without a Sound: The Tragic Colorado River Honeymoon of Glen and Bessie Hyde (Paperback)


Email or call for price.
On November 18, 1928, Glen and Bessie Hyde launched on the final leg of their honeymoon voyage through Grand Canyon. Their cumbersome wooden sweep scow was found upright and fully loaded three weeks later, but despite exhaustive searches, Glen and Bessie had vanished without a trace. Or had they? In the years since, four people appearing to be either Glen or Bessie have emerged, each with a tale implying murder and mayhem. Author and boatman Brad Dimock has unearthed the true story of the Hydes, followed each tale to its source, and gone so far as to retrace the Hydes' fateful voyage in a replica of their archaic scow.