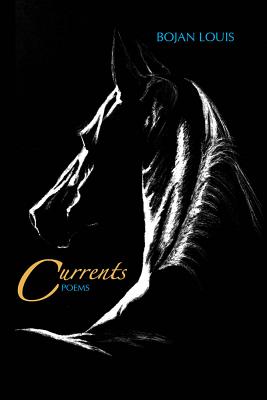 Winner of the American Book Award
Featured on Verse Daily

These poems explore American identity and the powers of myth, faith, doubt, and the environment, and the music of these poems resonate with strains of the English, Spanish, and Diné languages. Louis, who has worked as a construction worker and electrician, moves fluently between the literal and symbolic dimensions of work, as he writes in the poem “Electricity”: “Any laborer gathered for a tear-out / agrees the pleasure of opening walls/is the view of what’s no longer behind.”

Bojan Louis is a member of the Navajo Nation—Naakai Dine’é; Ashiihí; Ta’neezahnii; Bilgáana. He is a poet, fiction writer, essayist, and poetry and production editor for RED INK: An International Journal of Indigenous Literature, Arts, & Humanities, and the author of the nonfiction chapbook, Troubleshooting Silence in Arizona. He has been a resident at the MacDowell Colony.
“Reading this is like the first time you heard Bach. That’s what you feel about its dark precision and oceans of meaning. This is when you recognize that beautiful is different from what we thought it was before. . . . The result is good news for the future of poetry.”
—Grace Cavalieri, Midwest Book Review

“Contemporary Native American writing, especially that of younger poets, seizes the fragments and shards left in the wake of colonization, and builds a new edifice of language and experience. Bojan Louis’s writing seems to me a struggle to find strength among broken pieces, to rebuild the spirit with determination and love.”
—Janice M. Gould, Transmotion

“The complex and interwoven mythologies of Bojan Louis’s first collection frame its more secular stories—of families breached by suicide and addiction, of environmental ravage, of homeland and restless diaspora. Unlike so many first collections, there are no formal acrobatics here. Louis knows his poetics and his deployment of them is both strategic and relentless, as the collection arcs from the plain-style lyricism of ‘Breach’ to a thornier, truncated syntax in poems like the eponymous ‘Currents.’”
—Kenyon Review Online

“It takes only the ring of the opening poems in Currents to realize this book does exactly what one hopes a first book will do, bring alive a new, original voice. It’s a voice Bojan Louis not only sustains, but builds, the way, say, a young Sonny Rollins, might shape and vary a singular solo that flows through song after song: raw, kinetic, authentic, a poetry in which language has in common with music the visceral feel of the breathing body behind it.”
—Stuart Dybek, author of Streets in Their Own Ink and Paper Lantern

“Bojan Louis’s Currents is piercing and polyglot. From the first stark poem, spoken in the voice of a hard-living construction worker in Alaska who regards the sea and thinks of Jonah (‘bowel-held / and undigested’), to the last in the voice of Xipe Totec (Nahuatl for Our Lord The Flayed One, as Louis’s useful notes tell us), we are swept into a fierce and sublime poetry, part incantatory vision, part caustic critique of government cruelty and injustice toward indigenous peoples. By turns a protest of the earth’s poisoning, and as in the title poem, a prayer offered in the Diné ‘tradition and knowing,’ what Currents crystallizes in these taut poetic concentrates goes straight to our souls: ‘The prayer, the prayed to, the offering / and the offered; / the bent back and the harvest.’”
—Cynthia Hogue, author of In June the Labyrinth

“Currents is charged and luminous under ‘butane flame dawn.’ Bojan Louis ‘stick-frames nightmares’ into song— in attempt to heal and jolt awake stories in blistering holler above his homelands of pot-holed desert highways and reservation borders. An electrician by trade, Diné poet Bojan Louis’ debut is a multilingual ceremony of electricity, earth and memory, where brokenness is the ground from which our stories continue reaching for Hózhǫ́.”
—Sherwin Bitsui, author of Shapeshift and Flood Song