War with Myself (Paperback) 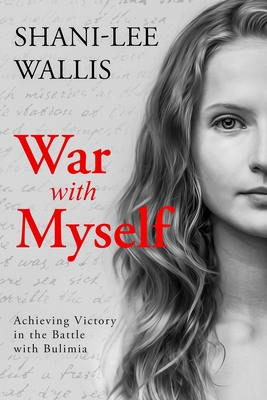 War with Myself (Paperback)

Held captive in a dangerous web by circumstances and fear, Shani-Lee watched the mystery

scarred her deeply. Desperate to change and to control the narrative of her life, Shani-Lee found herself engaged in a battle royale, not with perpetrators but rather with herself. War with Myself is an eye opening, heartfelt memoir of one woman's struggle with Bulimia and the horrific side-effects of the disorder. Courageously, Shani-Lee fought for her life and denied death its victory on several occasions. She eventually found love and a life worth living. She shares this most shocking and compelling story in hopes that the men and women engaged in similar battles will find hope, healing and peace. It is evident from this profound story that she will surely accomplish her goal and provide a roadmap to victory